The thrilling sequel to the Girl and the Bomb is out 17th May 2016!

After losing her boyfriend and partner in crime, Rust, during a tragic run-in with security, Metro moves to Berlin to start over. She finds a home in a grimy squat where she befriends other graffiti artists, and together they carry out aggressive attacks, bombing entire trains and buildings with fresh paint and achieving international notoriety by posting their hits online.

Adorning the attic of their squat is a wall-size piece by world-famous tagger Banksy depicting a silhouetted rat spraying a wall. It’s a hidden treasure amid the squalor. But when Metro comes home one day to find bodies—including one familiar face from her past—scattered around the building and the amazing mural missing entirely, she and her friends are forced into action. The piece turns up at auction for millions of dollars, and Metro must follow it to its new home in Kotka, Finland, a town she thought she had left behind for good.

Up against the law and on the run from her personal demons, Metro has no choice but to seek justice with the only means she has: graffiti.

The Girl and the Rat available on Amazon

About The Girl and the Bomb

Rust and Metro live life to the fullest in the small Finnish city of Kotka. The lovers work together by day and write graffiti by night, always staying one step ahead of the law. But their luck runs out after an ambush by rogue security guards causes Rust to fall to his death.

Having literally left their marks all over the city, Metro cannot help but be reminded of Rust everywhere she goes, making it impossible for her to move past the tragedy. Heartbroken and alone, she becomes determined to get to the bottom of her partner’s death and to exact revenge on those responsible by using the tool she knows best: spray paint.

As she fights to bomb the system, she is constantly—and harshly—reminded of how unfair life can be. Up against lies, betrayal, and corruption, Metro musters the strength and inspiration to persevere in the name of truth and by adding beauty to an ugly world.

The Girl and The Bomb available on Amazon

The German edition of The Girl and the Bomb was published August 2016. The title of the thriller in German is “Weiss für Wut” (White for Rage). The second book of the trilogy will be published under the title “Rot für Rache” (Red for Revenge).

The Girl and the Bomb sold to Portugal

The publishing rights of The Girl and the Bomb are sold to the Portuguese publisher Presenca. It has published crime stories from Patricia Cornwell, Henning Mankell and James Ellroy, for example. I am proud to share their company with my graffiti thriller!

The Girl and the Bomb is out in the US and UK!

It’s the official Metro day today on October 1st. The English edition of The Girl and the Bomb is officially out in the US and UK and Australia and all over the English-speaking globe! The novel was published to the Kindle First readers in UK for one month ago to a grand start. In the category “Scandinavian crime fiction” The Girl and the Bomb reached TOP 2 in September. English translation is by Kristian London.

Reviews of The Girl and the Rat

First off, again I must acknowledge that I’m a friend for all things Finnish. I’ve already been very happy to have come across an English translation release of a Finnish book earlier this year. I’m even more thriled to find another. And this book delivers on its promise. It’s about a rebellious girl who’s taken up “writing” which in her case means grafitti art. This is the 2nd book in a series, but I didn’t have trouble picking up the gist of things. She’s left Finland to leave some bad memories behind. She’s now part of a 4 person crew who call themselves the Ice Rats and wreak havoc via acts of anti-establishment art attacks. The author makes liberal use of Banksy as an off screen character yet germane to the plot. A natural choice given Banksy’s world wide fame. The plot established itself well and flowed smoothly. The characters were engaging. Definitely held my attention. This is the kind of book that is good for folks who like White Trash Zombie, Kitty Norville… even Harry Dresden. Solid recommend. (Megalion, Goodreads, 21st April 2016)

Reviews of The Girl and the Bomb

Unlike anything I have read; Finnish noir based around the youthful exploits of graffiti artists and the security employed to stop such anti-social activity. It is how two lives are changed across this divide, told in the first person, alternating from one to the other, often speaking about similiar action but from their own point of view. It is a thrilling account of loss, revenge, betrayal and lost dreams. How we can label and see things from only one standpoint; how ones actions can ultimately damage your whole life. (Richard, Goodreads, 8th October 2015, 5 stars)

“This was surprisingly good. I didn’t know what to expect of a modern story about graffiti artist, but thought it would be different and therefore interesting. I was hooked within a couple of pages. The story was unusual, captivating and dragged you in leaving you unsure who was the victim, if anyone. If you fancy something quite different, but well written then read this. Young and old can benefit from this story.” (C. Taylor, Amazon UK)

“If a literary prize sweepstake was organised, my bet would be that with the same novel, Järvelä would win both the Finlandia Prize and the Clue of the Year Award for the best detective story of the year. […] The Girl and the Bomb is a novel that can be enjoyed as an honest thriller, but it also brings a lot of joy to both friends of high culture and social activists. An exceptionally successful book.”
– Kansan Uutiset

“Jari Järvelä’s debut thriller hits you like a sucker-punch. The energetic text takes you to a world where primitive reactions prevail and speed is a prerequisite for staying alive. A carefully ripened body of work full of stirring depiction of our time. Järvelä is at his punchiest.”
– Etelä-Saimaa

“Järvelä shines through as the runner of a vendetta that is both intense and fast-paced in its turns. The rooftops of the city and the deserted industrial estates form a chillingly efficient warzone. The reader might find the deeper meaning of the book afterwards, after the gory night fog clears away to make way for the morning.”
– Keskisuomalainen 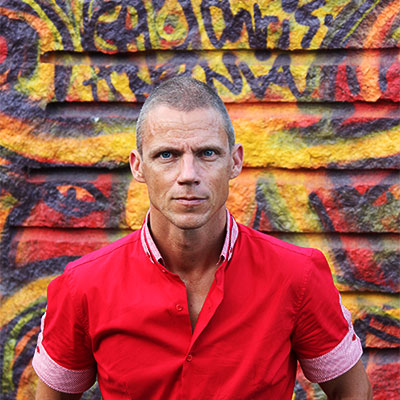 Two of Järvelä’s novels have been nominated for the Finlandia Prize. He received the Finnish State Prize for Literature in 2007 for his novel trilogy The Weight of Water, Little Heaven and The National Landscape. His novel Romeo and Juliet was shortlisted for the Nordic Council Literature Prize 2009.